Sadly, Her Majesty the Queen passed on September 8, 2022, at Balmoral Castle just months after celebrating the Platinum Jubilee which marked her 70th anniversary on the British throne. Throughout her reign, her majesty the Queen received 15 prime ministers and 13 US Presidents and became Sovereign of 15 Commonwealth realms including the UK. Upon her death, she was succeeded by Charles III, her first son.

While the world mourns the Queen’s death, one can follow in her footsteps and visit her favorite places around her home Kingdom. Her Majesty has a lot of traveling to her name. While most of her travels were for official purposes, she still traveled for fun and these are some of her favorite places in the United Kingdom.

Most official residences and properties of the crown are closed for a period of mourning following the Queen’s passing, meaning visiting hours might be limited or nonexistent.

10 The Palace Of Holyroodhouse, Edinburg, Scotland

Scotland was the Queen’s favorite country and the Palace of Holyroodhouse in Edinburg was Her official residence in the country.

Throughout her reign, the Queen spent one week at this residence at the beginning of each summer which makes it even more worthy of a visit for those in Scotland. The palace is open to the public.

Balmoral Castle was one of the Queen’s Royal residences and perhaps her most beloved place in the world. For most of her reign as a monarch, the Queen has spent every summer at this grand residence, usually with her husband Prince Philip, and her royal family.

It was this castle that Her Majesty went to after her beloved husband died back in April 2021. On September 8th, 2022, Her Majesty, the Queen passed away at Balmoral Castle. This has made the royal residence and the place in which it stands one of the most historic places in the world.

For many years, Sandringham House in Norfolk, England has been Queen Elizabeth and her Royal Family’s favorite Christmas destination for most of her reign. Her Majesty is also said to have spent the entire winter at the 600-acre estate every year.

The 19th-century estate has always been a Royal residence since it was first purchased by Albert Edward, Prince of Wales in 1862. Within the estate is a saloon where the royals love to relax and a dining room that features an open fireplace.

The estate also features a 60-acre garden and a museum that hosts a collection of the gifts given to the Queen on many of her State visits.

Sandringham House has been open to the public since Her Majesty’s Silver Jubilee in 1977 and one can visit to explore the lifestyle of the Royals and also learn about some royal history at the museum.

The Queen may have had several residences across the United Kingdom and the World, but she still had a home, and it was the elegant Buckingham Palace located in the heart of the British Capital. Prince Charles (now King Charles III) and Prince Andrew were born there.

Besides serving as Her Majesty’s home and where she has spent most of her life, Buckingham Palace is also the administrative headquarters of the British Monarchs.

Related: What To Know About Visiting The Buckingham Palace To Watch The Changing Of The Guards

Despite being such a highly important place, the palace is not a stay-off zone. It draws huge crowds all the time and is always visited by people from all over the world.

Most of the Queen’s birthdays have been celebrated on the balcony of Buckingham Palace. In many ways, this palace is the place where one can get closest to Her Majesty, The Queen.

Westminster Abbey is a historic church in England that has served as the coronation site for British monarchs since the coronation of William the Conqueror in 1066.

The church played a major role in Her Majesty the Queen’s life hence it can also be named among her favorite places.

Some of the Queen’s happiest and most notable moments in life from her coronation to her wedding and the weddings of most of her children and grandchildren were held at this church.

The funeral of Her Majesty the Queen will also take place at Westminster Abbey.

Windsor Castle is one of the Queen’s numerous residences visited by the Queen during certain periods of the year. It is the oldest and largest occupied castle in the world and also one of only three official residences of the Queen.

Every year during the Easter celebration, Her Majesty visited and resided at this castle for a month, hosting several events. Visitors come from all over the world to see the impressive architecture of this royal castle and also to witness the interesting action of the royal guards.

Her Majesty the Queen held a strong Christian faith and regularly attended church services in churches around the United Kingdom. Her favorite church; however, seemed to be the Royal Chapel of All Saints located in Windsor Great Park.

Here, the Queen and her family worshiped regularly. Some royal weddings have also taken place here. Recently, the palace was also used for the christening of the Queen’s great-grandsons, and she attended the event.

Clarence House was the residence of Her Majesty the Queen and her Husband before she ascended the throne.

After she moved out, it became the home of several other royal family members including Queen Elizabeth The Queen Mother, Prince Charles (now Charles III), Prince Harry, and Prince William. While it is most significant for its service to Her Majesty the Queen, its impressive architecture is one more reason to visit this historic landmark.

The Queen had a love for horses and the Royal Ascot was her favorite event to express this love. She was a stern supporter of horse racing and was known to attend the annual racing event where she would watch the contestants race for the winning prize.

The Royal Ascot is usually held at the Ascourt Racecourse in Berkshire every year in June.

This was on the day before the declaration of her engagement to Prince Philip. While the Queen’s visit probably made the hotel more popular, this hotel’s luxurious features and world-class amenities are also part of the reason it’s so popular. 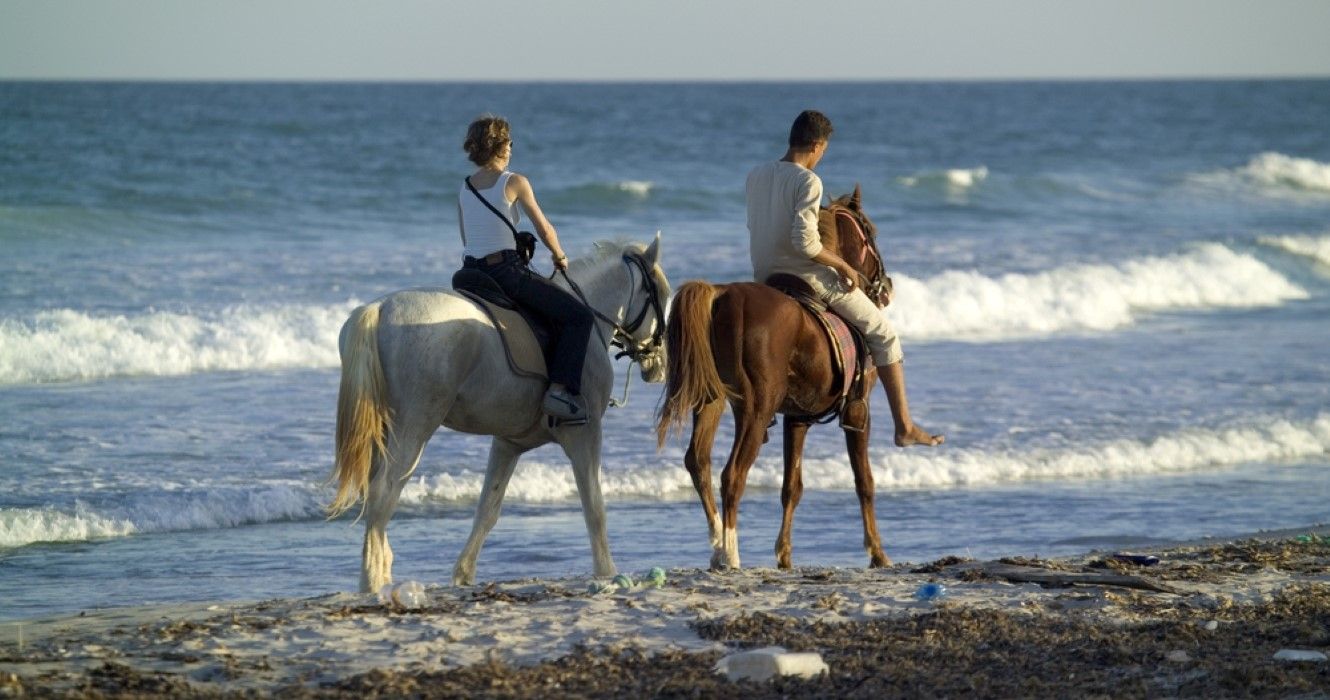 This Horse Safari In Mozambique Is A Unique Experience 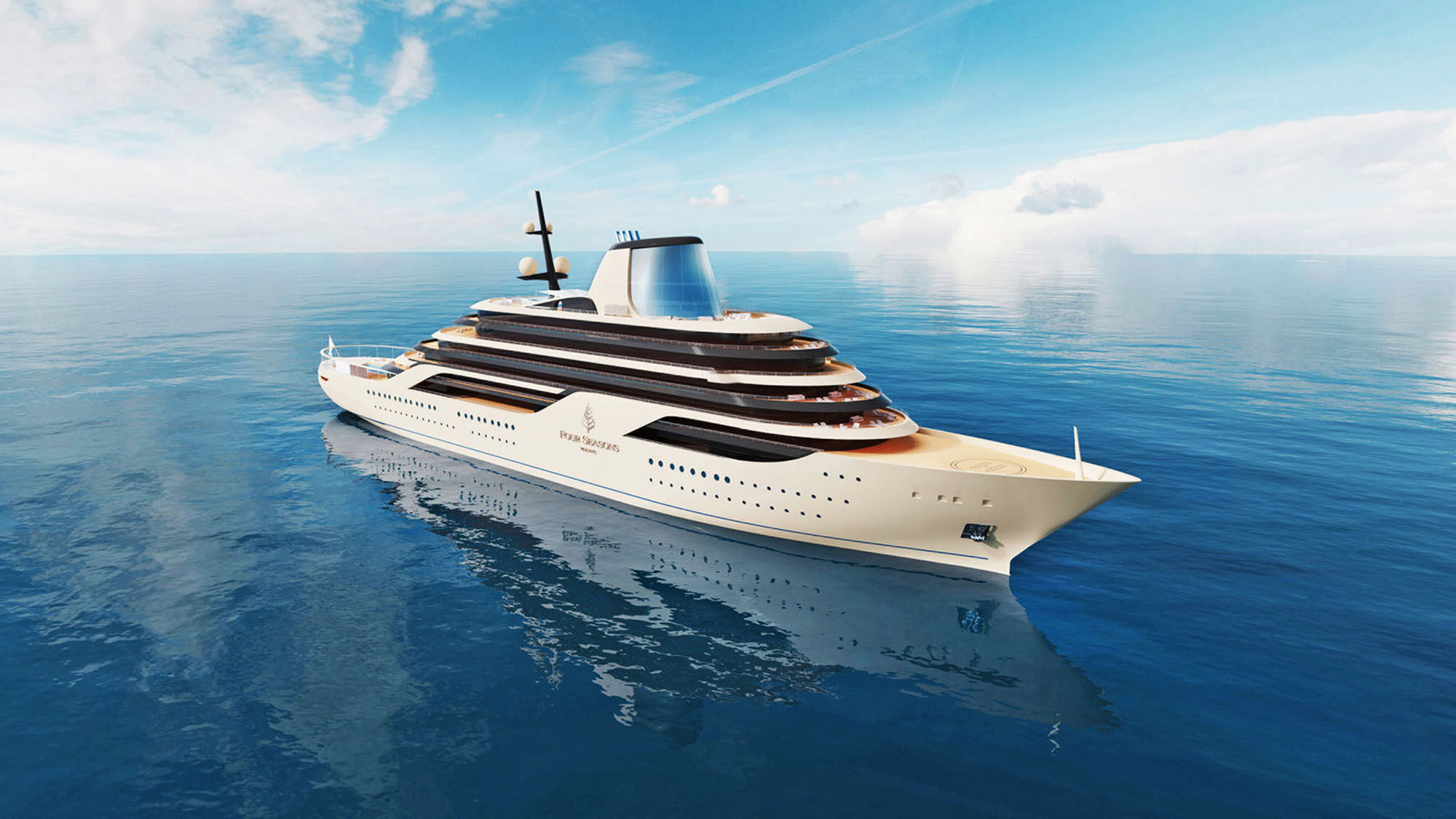